“Marcotte is stylishly balletic and performs with an athletic grace and an appealingly impish sense of humor.”  - Philadelphia Weekly 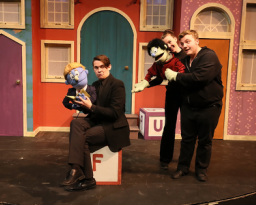 ﻿Avenue﻿ Q
Using human cast members and a host of puppets that are openly manipulated by and feature the voices of the cast members, the Broadway hit Avenue Q is a delight. But don’t be fooled by the puppets as the humor and story are strictly for adults. Princeton is a recent college graduate who moves to an outer borough of New York to find a job and, hopefully, meaning in his life. Although he hopes to live on Avenue A, where folks who have money, prestige and power reside, he eventually discovers that he must settle for Avenue Q, which is peopled with colorful characters all of whom are having a hard time making it in life.

Orpheus in the Underworld
This extremely funny, totally irreverent and much celebrated opéra bouffe by Jacques Offenbach is his first and perhaps most famous send-up of a Greek myth replete with Greek gods and goddesses, shepherds, nymphs, heroes and heroines. With an exciting and dynamic score that includes Offenbach’s Gallop (a.k.a. Can-Can) and many other well-known themes and melodies, it takes its audience on a rich, riotous romp through a lively, sexy and passionate world. 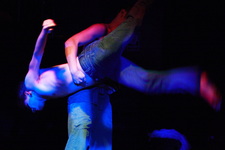 Beauty Is
This original work by Hotel Obligado explores the use of crystal methamphetamine in the gay community and its connection to the rise in HIV rates. 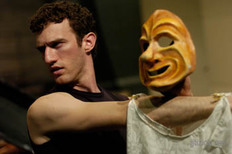 Catullia Carmina
This major work of Carl Orff’s, Catulli Carmina, was performed by the Plymouth State University Chamber Singers and Chorale, under the direction of Daniel Perkins. Philadelphia-based theatre company Hotel Obligado was commissioned to create a movement piece that would accompany the choirs.